Valley of the Rogue State Park

Leaving the cool coast of the Pacific Ocean, we arrived in the warm Rogue River Valley with temps in the 70s. We had heard some negative reviews about hosting at the Valley of the Rogue State Park but wanted to check out the area. If it was too bad, we could always leave. We actually enjoyed our time here very much. 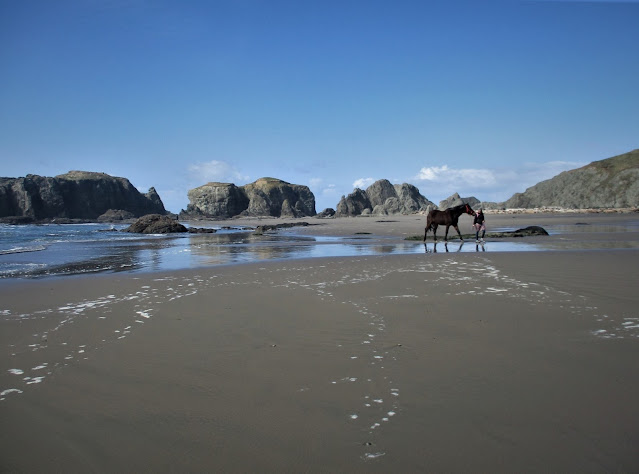 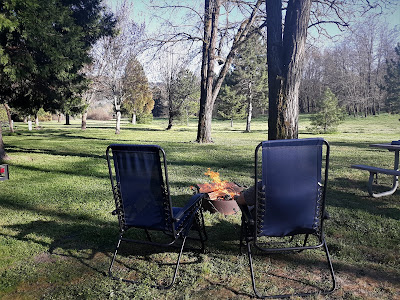 We were placed in the F Loop which is the furthest from the Interstate and was closed to campers for the first 9 days. We were happy once the gates were opened and campers arrived.
The B & C loops were closed to camping and used for FEMA trailers for fire victims of southern Oregon last summer. Several campgrounds and fairgrounds are being used to house those unfortunate people in Oregon. They can stay for 18 months and then FEMA sells the trailers to the highest bidder. People arriving in the area for construction jobs find themselves in a bind for housing even if they brought their own RV since the number of campsites have been dramatically reduced.

Upper Table Rock  Once a sanctuary for Takelma Indians, today these cliff-edged mesas near Medford are a haven for hikers and endangered wildflowers. views from the cliffs extend across the Rogue River to the Siskiyou and the Cascade Mountains. Visiting in spring, we caught the best flower displays and avoided summer's merciless heat. The Upper Table Rock Trail climbs through a scrub oak grassland with spring wildflowers. After a final steep pitch, the trail suddenly emerges onto the table's amazingly flat, grassy summit. 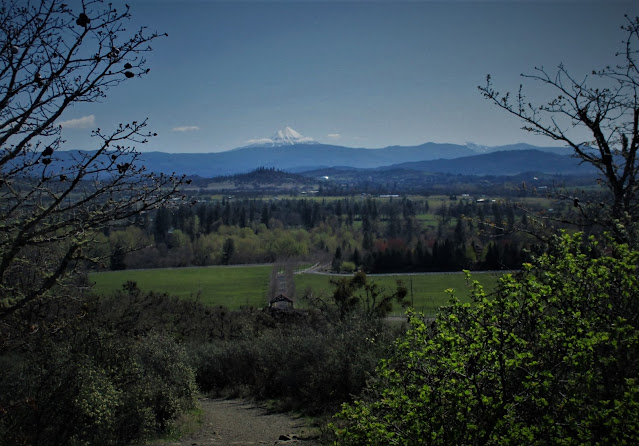 The Rogue River, like a great green snake, curves across orchards, ranches and gravel pit ponds toward the distant white cone of Mt. McLoughlin. Turkey vultures soar on updrafts. 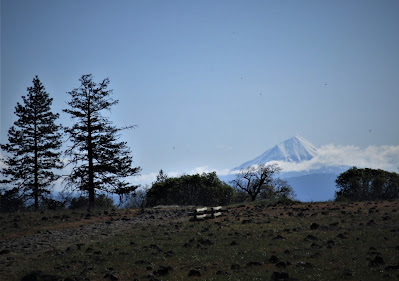 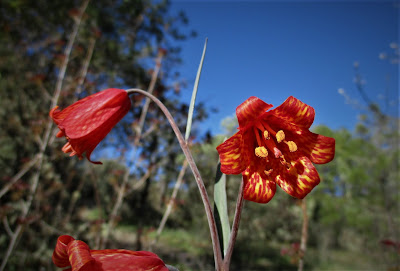 Gentner's fritillary, is a rare member of lily family, that is endemic to southwest Oregon. 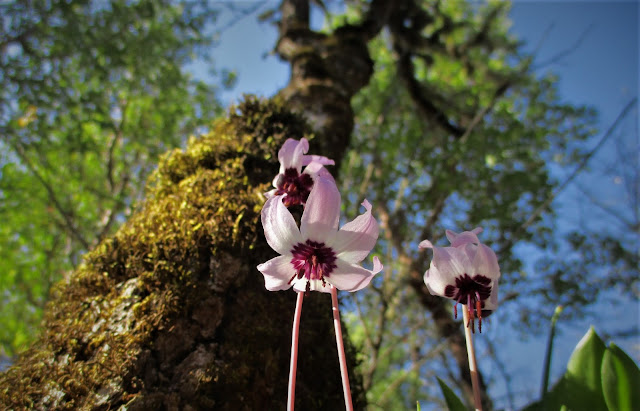 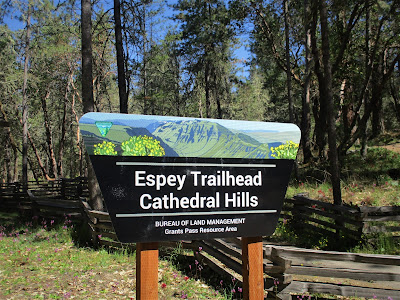 The Cathedral Hills Trail System is located just outside the City of Grants Pass and is a haven for hiking, mountain biking, and horseback riding enthusiasts. The park includes many loop trails and natural areas among its 400 acres of Douglas fir and Ponderosa pine forest. Other common woody plants are Madrone, Oak, Manzanita and poison oak. Spring is a popular time to visit because of the weather and abundant wildflowers. We hit the perfect time to hike with 4 miles of wildflowers. 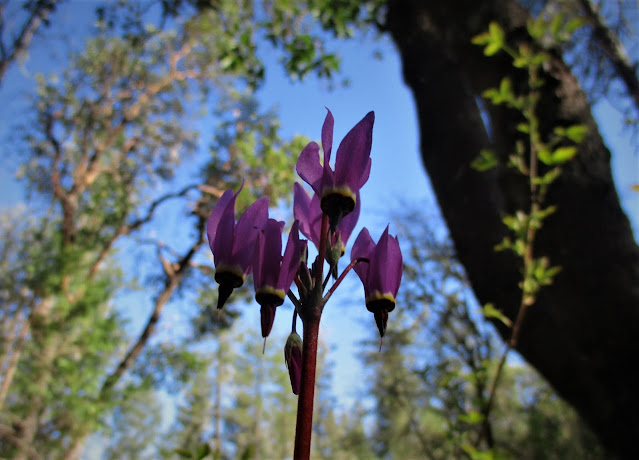 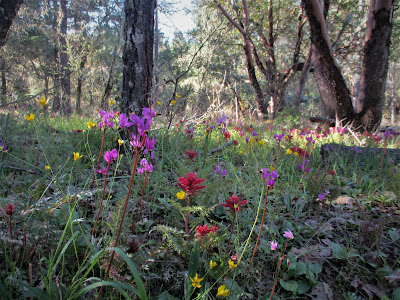 Each hike had different wildflowers as the previous went to seed. 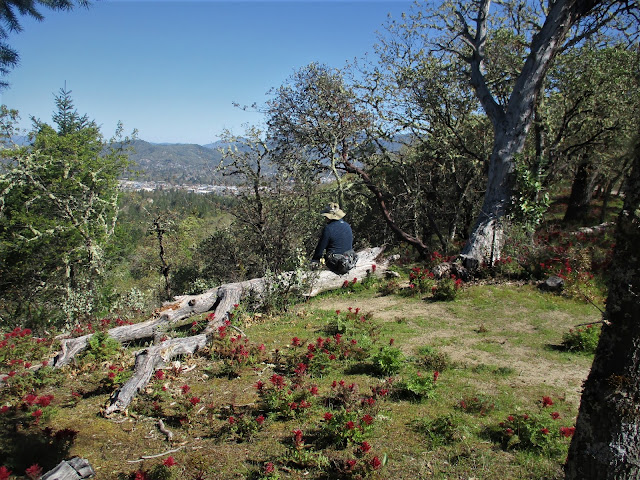 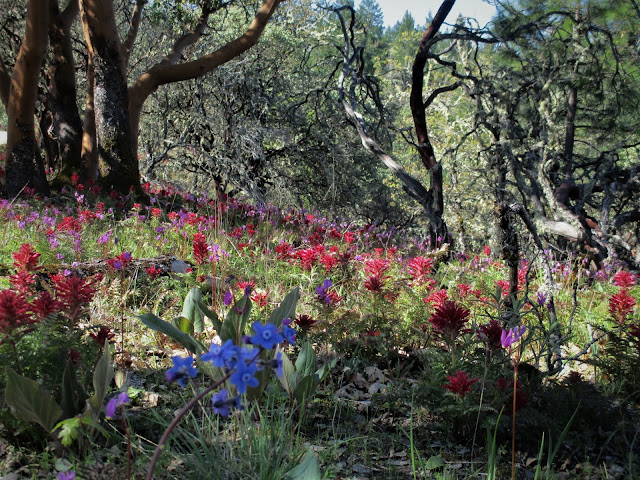 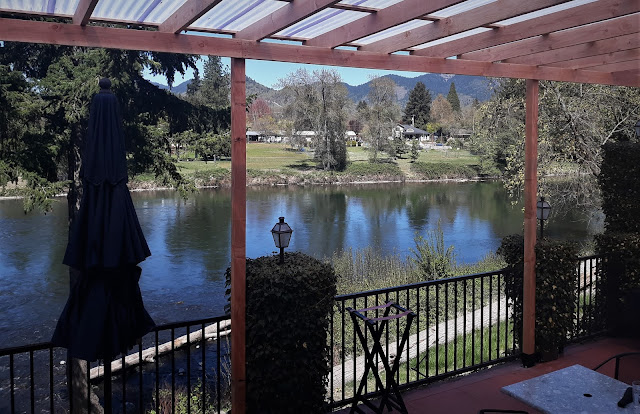 Lunch at River's Edge Restaurant's outdoor seating was a treat overlooking the Rogue River while enjoying our prime rib sandwiches and listening to the water passing by. 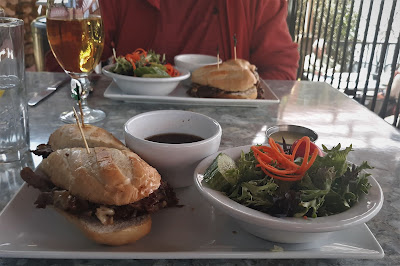 A large group arrived ahead of us and the waitress kept apologizing for the long wait but we were content to enjoy our afternoon. 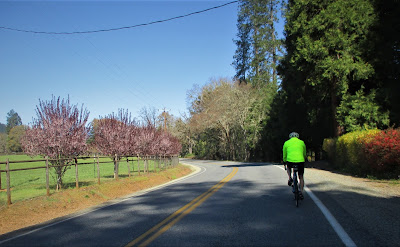 We found several routes with cue sheets and maps for cycling and hiking nearby on Rogue River's visitor's website, took us through farms and vineyards. 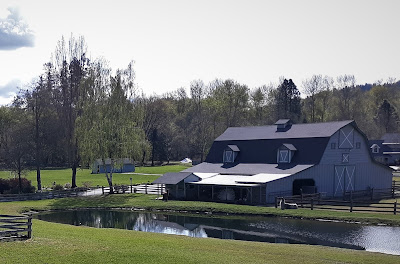 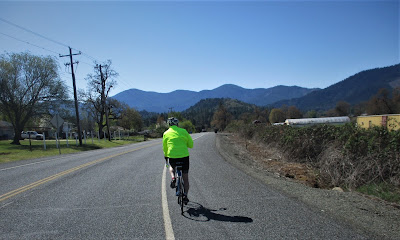 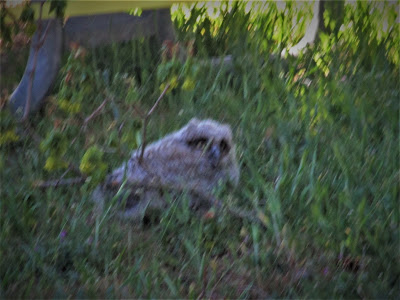 Some kids in the campground found two downed owl fledglings on the ground under a tree. The rangers taped off the area as they rested in the grass. Wildlife officers checked on them and felt they were too big to take for rehab but were probably ok. That evening they started walking around before making an exit. I grabbed the wrong camera and with not a lot of zoom for a blurry picture. 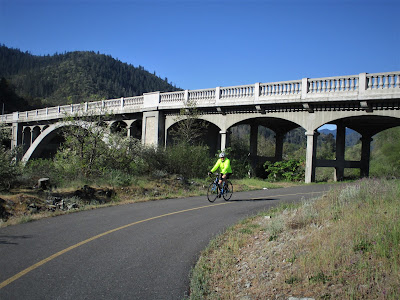 The Rogue River Greenway runs from town of Rogue River. The well-shaded trail heads southeast along the northern bank of the river through Valley of the Rogue State Park to the town of Gold Hills.
After riding along the road in Gold Hills, the bike path resumes on the east side of town for a flat easy ride. 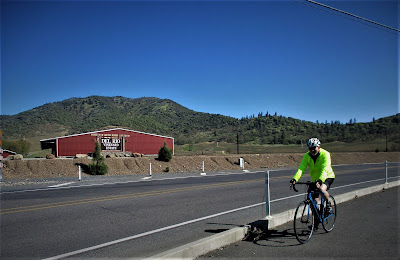 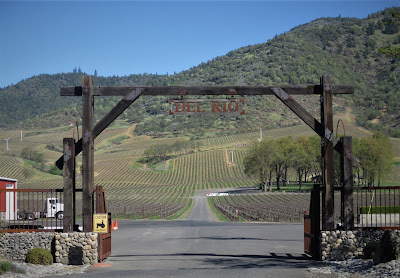 Oregon has so many wineries that many are finding other ways to use their crops to sustain themselves. Del Rio Winery is turning to jelly making. 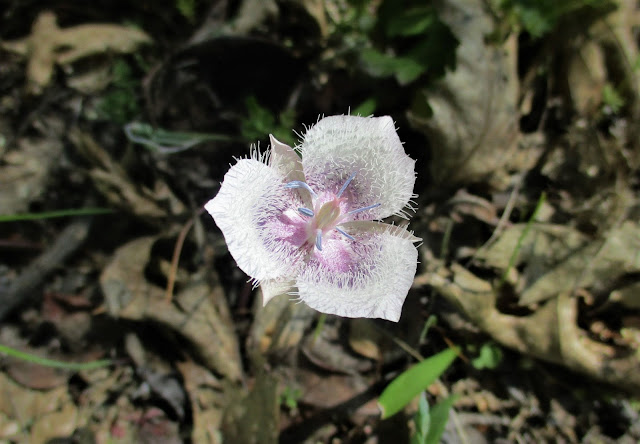 One more wildflower before heading north to Hood River along the Columbia River Gorge. We are hoping for more wildflowers.
Posted by Mike & Deb at 9:30 AM


Where to next?
Astoria, Oregon

"Our lives are houses built of memories." by unknown

Trekking with the Bs